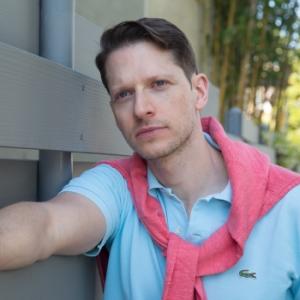 A recent transplant to Los Angeles from frosty Toronto, Canada, Robert Keller is an actor, comedian, and WASP-y Jew. His first short film as a writer/producer, “The Job Interview”, screened at Atlanta Shortsfest and the Burbank International Film Festival in 2016. His short mockumentary, “What Is Comedy?”, shot guerrilla-style at the 2015 Just For Laughs comedy festival in Montreal, was an Official Selection at the 2016 TeaDance film festival in Greenville, NC. He has co-written a play, JUNG & CRAZY (a dark comedy about dealing with anxiety and love—with a little help from the ghost of Carl Jung), which has had developmental readings in Toronto, New York, and LA.