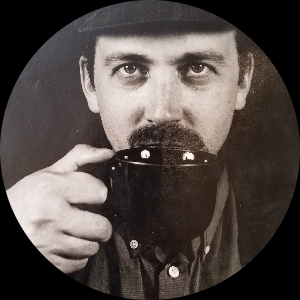 Robert Alexander Wray likes making things and figuring it all out later. He's a graduate of the Iowa Playwrights Workshop where he was awarded both the Norman Felton and Zeta Phi Eta Memorial Scholarship. He's also won the Marc A. Klein Playwriting Award, the Slam! Theatre Festival (NYC), and been a finalist/semifinalist for numerous competitions, including the Heideman and the Eugene O'Neill National Playwrights Conference. His work has been performed at the Eldred Theatre, Live Arts, Four County Players, The Barrow Group, Naked Angels, The Actors Studio, New Circle Theatre Company, Westbank, Torn Page, the Moscow Theatre Festival and the Brighton Fringe. He's a member of the New Circle Theatre Company and lives in Keswick, Virginia with his crazy cat Sylvo.

A pastor in a time of plague quits the church and goes on a surreal pilgrimage. Along the way, the story of Phoenix and Dove unfolds, a tragic tale that gradually melds with the pastor's own.