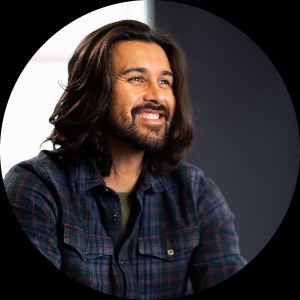 Reinhard is a Filipino-American writer, producer and director based in the San Francisco Bay Area. As a former journalist and researcher, Reinhard’s work has taken him around the world including on the ground in two conflict zones. These diverse experiences have inspired and fuel his storytelling manifested in screenwriting. As a journalist, his photo, video, and written work has appeared in the BBC World News, ABC News, Frontline World, the Wall Street Journal, Fox News, Fox News Latino, the New York Post, the New York Daily News, Alpinist Magazine, Foodable Network, Santa Clara Magazine, and EPIC Magazine. Additionally, Reinhard’s writing, photo and video work is regularly published by Ripple Labs where he works as a Senior Media Producer. At Ripple, Reinhard manages both internal and external media production from large scale events to series. He also hosts and produces an internet show for the company called The Ripple Drop. Reinhard has also worked for the U.S. Department of Defense in Afghanistan as a Department of the Army Civilian, conducting research and advising U.S. Army Special Forces teams from 2011-2012. The experience was the basis for his first script Outside the Wire which was a ScreenCraft Drama Semi Finalist (2018), ScreenCraft Action Quarter Finalist (2018), Austin Film Festival Second Rounder (2016 & 2020) and an Academy Nicholl Fellowship Top 10% (2020). Reinhard holds a Bachelor of Science in Political Science from Santa Clara University (2007), a Master of Arts in Journalism from New York University (2010) and a Master of Science in Development Economics from the University of San Francisco (2016).