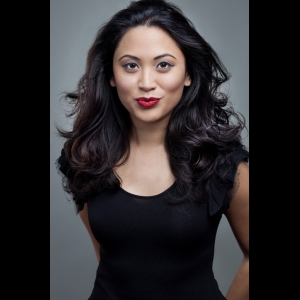 Rea is a southern California native and an ever expanding, multi-passionate, and curious individual. She is a writer and actress based out of Los Angeles and Las Vegas was her second hometown growing up. Her mission is to create a freer society by expressing herself to the world.

1880 UNION: In less than a month, Leah, a Filipina Californian, will marry Jacob, a Jewish New Yorker. However, Leah must overcome her families' attempts to derail her wedding and actually make it her Big Day.

HOMELESS IN HAWAII: Rea thinks she’s going on an all-expense paid trip to Hawaii with her best friend, Andre, but instead winds up car camping and learns a devastating secret about her friend.

Rea also co-wrote a drama/thriller feature SARAFAND: Thomas Terzi strives to save his son Lance who suffers from the rare disease of DMD (Duchenne Muscular Dystrophy). Thomas finds hope in an experimental new treatment up for approval from the Food and Drug Administration and ends up tackling Wall Street corruption. Sarafand reached the Second Round in the Austin Film Festival

Rea continues to create other projects in development based on her life and observations.

In the Bitcoin space, Rea is part of she256, CIS, and Blockchain week. Currently, Rea is studying Austrian Economics with Saifedean Ammous, author of the Bitcoin Standard.

Additionally, Rea volunteer's her time with PlusMe, where she helps empower middle school students through sharing her own personal story, Painful Periods.

Rea is also a member of Women In Film.

She is an adventurous traveler and has been to over 30 countries and wants to go to more especially Egypt, Israel, and Peru. Every morning, Rea plays crystal quartz sounds bowls and dares everyone to listen to their hearts, live their dreams, and cultivate their life's work.