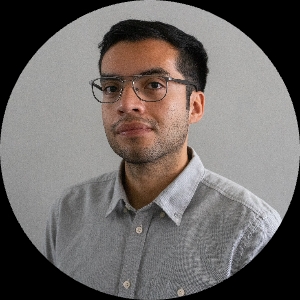 Miguel Ramirez is a Salvadoran-American filmmaker from South Central Los Angeles who was raised in a single-parent household by his father. Seeing the struggles that his family faced in their working environments, Miguel decided to seek revenge in the only way he knew possible by writing. He uses writing to record humorous and absurd incidents that his family faced as housekeepers, drivers, and in the food service industry. He saw television as the perfect outlet to share these common stories of chaotic families, class discrimination, and joy. Through his work, Miguel seeks to expand the film and television world by including more stories centering on communities of color and other underrepresented groups. His passion for storytelling, social justice, and creative production propelled his work at Lionsgate, Media Res/Apple TV+, and The Mission Entertainment. Most recently Miguel was also selected to participate in National Hispanic Media Coalition’s Series Script Writers Program sponsored by Disney, NBCUniversal, and Netflix. When he is not seeking revenge, you can find Miguel eating Korean food, reading ethnic studies, and calling out some billionaire on Twitter.