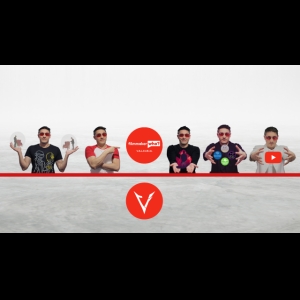 As a novelist he wrote the books "The Corpse of Love" (Novel), "Crazy and Vagabond" (textbook), and "At the End of the Journey" (stories and stories).

He worked in television during the years 2004-2005 as an audiovisual producer of the opinion strip of News of the TV Channel City TV in the production of programs such as "Monday Sports", "Portfolio TV", "Eskpe", "NewsRoom" and "City Capsule Traveler".

In the Advertising Agencies Media Box and Media Target Group, he worked as executive producer, creator, and director of commercial and institutional television programs during the years 2007-2009.

He was a teacher instructor SENA in 2011 for training entitled "Production of Digital Audiovisual Media" Of the Center for Biodiversity and Tourism of the Amazon, where he made two short documentaries, "The Chorrera, in the heart of the jungle" and "Wetlands", in addition to a musical (experimental short film) "The Light of your Eyes".

For the years 2013-2016 he works as Director and Producer of Film and Multimedia for Paulinas Social Communication Center, developing film projects in which he works as an advisor and executive producer, thus achieving the realization of 3 documentary films of 24 minutes each. , about the Historic and Cultural Candelaria Town of Bogotá-Colombia: "Calala", "I Candelaria" and "Memories of Identity".

In 2015 and 2016 he writes, produces, and directs the film "Corpse in a Wheelchair" Short film is exhibited worldwide through various film festivals, being Official Selection:

During the years 2017 and 2018, he works as an audiovisual producer for Manuela Beltrán University within his film and television production company UMB Films where he creates and develops audiovisual and multimedia products.

Currently, from Vancouver, BC Canada, Rafael Kainan continues working on the screenplays: "Anuki Voyager", "R.E.M. - The Dreaming Machine", "Tesla Machine", "Batman Mythology" a series TV based on your first screenplay "Who Killed Batman?" and "Therions" based in your own graphic novel and comic. 2021.

Corpse in a Wheelchair
Producer
« »