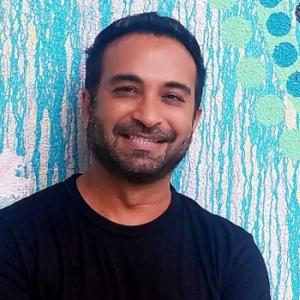 Prashant is one of the screenwriters who collaborated in the full-length feature film Horror Time, produced by James Franco. In 2010, he co-produced the award-winning film I Am, starring Juhi Chawla, Manisha Koirala, Nandita Das and Rahul Bose.

Prashant studied creative writing at the University of Miami and screenwriting at Studio4 in Los Angeles and New York. He is a proud feminist, dog-lover, and a citizen of the world.

In 1 B.C., a feisty and career-driven Mary of Nazareth resists the calling from God to bear his son.