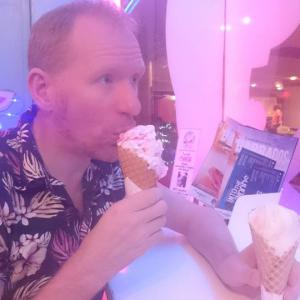 UK based scriptwriter with nine produced feature films and lead writer for the world's first smart-phone delivered continuing drama. Also had a handful of short films produced and bits and bobs of TV including BBC Three's BAFTA and Rose d'Or nominated The Wrong Door.

THE SEVENTH SWORD OF BATHRICK

A cowardly thief, a disgraced royal guard, a powerless wizard, a geriatric barbarian and a trainee warrior maiden must free the kingdom from the evil clutches of an all-powerful sorceress before she can unleash her lover – a world-conquering demon.