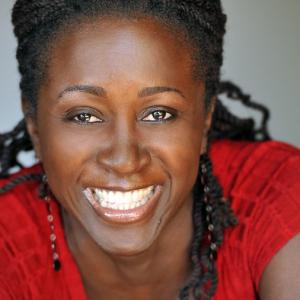 PERES OWINO is a Kenyan born, award-winning storyteller came onto the scene with her directorial debut, “BOUND: Africans vs African-Americans” (BOUND) a documentary that attempts to heal the little-known rift between people of African descent. Written, directed and produced by Peres, BOUND played in over a dozen festivals around the world winning the Women In Film- Lena Sharpe Award at the Seattle International Film Festival (2014), the Audience Award for Best Documentary at the Pan African Film Festival in Los Angeles (2015), and the Best Film Directed by a Woman of Color Award at the African Diaspora Film Festival in New York (2015). BOUND continues to screen at festivals and universities including Harvard and Columbia and is used as a teaching tool in St. Cloud, Minnesota and USIU-Kenya. It is currently available on iTunes, Amazon and the Urban Movie Channel. Peres is currently working with the San Francisco Foundation to create the BOUND BAY INITIATIVE. A program that will use BOUND as an education tool reconnecting African American and Africa youths. Her latest project, a short film titled “Glimpse” is currently being submitted to film festivals.

Peres’ feature screenplay, “The Basket Weaver”; winner of the International Screenwriters Association Fast Track Fellowship (2018) and Meryl Streep NYWIFT Writer’s Lab Competition (2015), finalist at the Universal Studios Global Talent Writing Fellowship competition (2018) and Hollywood Screenplay Contest (2015), Semi-Finalist at the Table Read My Screenplay - London (2015) is currently in pre-production. Her new pilot “Inherited” was selected in the Notable Writer category at the 2018 New York TV Festival. In 2014 “Seasons of Love”, a script she co-wrote with Sharon Brathwaite, was produced by Taraji P. Henson (“Empire”, “Hidden Figures”) for Lifetime Network and garnered them an NAACP Image Award nomination for Outstanding Writing of a Television Movie. Peres and Sharon first worked together on the short film “The Call” which went on to win the Mel Van Peebles Award at the San Francisco Black Film Festival. Peres’ writing resume also includes original works for the stage. “Cut” premiered at The Walt Disney Concert Hall – REDCAT in 2010 and “Beauty For Ashes” premiered in LA in 2009.

A commanding actress, Peres is an LA Ovation nominee who has appeared in over two dozen plays in New York and Los Angeles. She’s played coveted roles like Hamlet in the LATC presentation of “Hamlet: Princess of Nubia” and Lady Macbeth in the Coleman and Smith Artistic company’s presentation of “Mocbet”. Her recent acting credits include the Off-Broadway production of “Supernatural”, “Break The Whip” directed by Academy Award ® winning director Tim Robbins, “Red Noses” directed by Tony Award ® winning director Dominique Serrand and the feature film “Default” opposite David Oyelowo (Selma). Her voice has also landed her roles in films like Christopher Nolan’s “Inception” and Sasha Baron Cohen’s film “The Brothers Grimsby” and the upcoming TV show, “The Looming Tower”.

Peres studied improv at the Groundlings School and standup comedy with legendary comedian Judy Carter and often performs Standup across Los Angeles. A collection of her writings are featured in her debut novel, “On The Verge”, published by Underground Voices.

It is tradition among the Luo people of Kenya that when a man dies, his brother inherits his wife. When Effie’s husband dies, she is sent to the U.S. to be the wife of her unwed brother-in-law, Owiso. Based on my African childhood and American adulthood, “Inherited” is the honest, hilarious and heartfelt journey of an African woman on an American safari. How in the end, it is not SHE who is inherited, but she who inherits America and her individual right to life, liberty and the pursuit of g** d*** happiness.