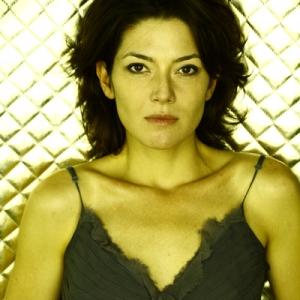 At 17 goes to LA to study Theatre and Dance.

At 18, gets a scholarship at The Alvin Ailey Dance Center in NY.

Performs on Broadway Musicals like Fosse, Sweet Charity and Chicago.

Through Ford Models Sao Paulo performs many commercials and prints in Brazil and Europe.

In 2008 leads the show A Rosa do Rio at Teatro Zinzanni, Seattle.

In 2009, moves to LA - her current residency. Studies acting and filmmaking with Arthur Mendoza (Adler Technique)

performing on over 30 plays, Shakespeare sonnets and independent films.

In 2015 becomes an American Citizen.

In 2016, writes, produces, directs and acts on her short film The Story of the Little Girl Who Loved Butterflies.

The film wins best film in Paris, London, Los Angeles, Greece, Teeran. It is selected to 16 festivals worldwide, including Short Film Corner at the Cannes Festival. It is specially invited to open the China Women’s Film Festival in Beijing, China as well as invited by the UNICEF and UN to the Papua New Guine Human Rights Film Festival.

In 2017, takes Robert McKee's seminar on STORY and TV DAY.

Because every woman, sooner or later will hit some type of crisis.

Catholic Italian immigrant; restaurant owner; father; husband; sexually inactive; financially broken; negative credit score; hyper tense; 55 years old; unable to pay for his son’s education, keep his house and his business John Castellari will do anything to regain his power even if it means adding one more title to his biography: murderer.

Told through a series of vignettes, this drama follows five women navigating life, love, and relationships.