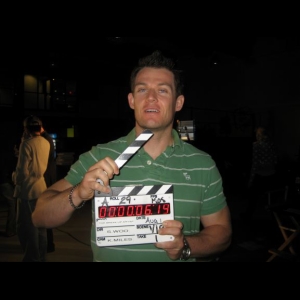 Patrick's first big break came when his feature script "Don Juan" beat out 4100 others to win the prestigious Scriptapalooza International Screenwriting Competition. Since then he has had produced credits in both film and TV, live-action and animation. He has worked for Disney, Paramount, Universal, Amazon and Nickelodeon among others.

A young, bumbling physicist is visited by a bad-ass version of himself from seven years in the future. Together, they must battle some time-travelling thugs who want to stop them from making a scientific discovery that could change (or end) the world.

A charming, convicted thief plans the perfect heist: break out of prison, steal a priceless Van Gogh, then break back in to prison to create an airtight alibi. But standing in his way is the FBI’s top Art Theft agent… who also happens to be his jilted ex-girlfriend.