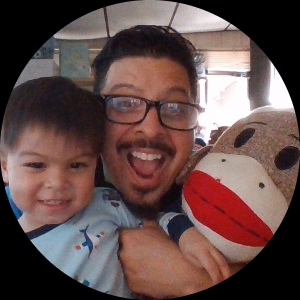 Oskar was born and raised in Los Angeles by immigrant parents from Nicaragua. He earned his B.A. at California State University, Long Beach in Film and Electronic Media with an emphasis in Screenwriting and his M.F.A. in Screenwriting at Chapman University.

Among Oskar Toruno's DVD feature films are the comedy film "Primos" (produced and distributed by Distrimax) and "Barrio MMA". Based on the popular hit song, Oskar produced, wrote and performed in "Lean Like a Cholo" (now entitled Perfect Sunday) additional footage for its digital release now available on Prime.

Recently, Oskar wrote and produced the comedy feature film “Taco Shop” picked up by Sony Entertainment (https://youtu.be/WuHvZhaB6Go) and has completed the feature screenplay “Breaking Out Grandma” a feature dramedy about two brothers attempting to break out their grandmother from an ice detention camp. Oskar Toruno continues to teach Film and Television Production at Loyola Marymount University and writes screenplays about the Latino experience in the United States.