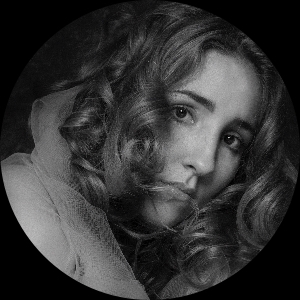 Cristina Noya (born on July 20th, 1995 - Caracas, Venezuela) started her career in the entertainment business back in 2010. She's an actress and a writer.

Cristina's acting journey started when she became a member of the first generation of students at ActuandoAndo. The institute gained recognition with all the multiple positive reviews they received of their productions after being selected to be a part of the National Theater Festival in Venezuela with two of their plays: "Blue Martini" and "Flight 728", having Cristina in the cast of both productions. Some of her other theater credits in South America include: "The Inheritance of Uncle Frank"; "The Other Side of the Park"; and "Regards and Goodbyes". Just a few weeks before her graduation from their acting program, she accepted the offer of joining their writing department. Her credits as a co-writer include: "Don't Call Us, We Will Call You"; "The Other Side of the Park"; and "The Shoemaker's Heart".

In 2014, while Cristina was studying at Kaplan Colleges in New York City, the production team of "Tony the Brave Cowboy", invited her to be one of the female voices of the musical. She went back to Venezuela and joined the cast to record the songs from the show. Later that year, she made her debut as an independent writer with her play "The Romanov", based on the tragedy of the Russian royals. When the production closed its outstanding run, it was announced that it had been selected to be a part of the National Theater Festival in the upcoming year's lineup.

In 2015, she moved to New York and began her studies at The Lee Strasberg Theatre & Film Institute.

Besides acting, Cristina is also passionate about writing, and last year, she published her most beloved project, her first novel "INTERNUM". As of now, the book can be found on Amazon in its three different formats: paperback, hardcover and ebook.

After finding out that her dad's cancer worsens, Isabel needs to choose between what's more important for her. Her life and career in New York or to see her father one last time. Even if the latter means that she won't be able to enter the United States again.