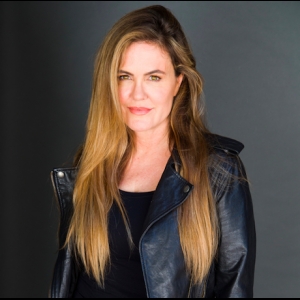 Nicole Jones recently completed a documentary THE THIRD STRIKE, which premiered at CINEQUEST March 7th 2020 and received a standing ovation. It centers on the work of Attorney MiAngel Cody. Ms. Cody’s client, Edward Douglas, was the FIRST prisoner released due to The First Step Act. Nicole tracked his journey from prison, to the return to his family, all the way to his invitation from Senator Cory Booker to the State of the Union Address in February 2019.

As a screenwriter, Nicole’s script SHRIMP has placed in all top contests, including NICHOLL FELLOWSHIPS, (2020, and 2018) and was considered for THE SUNDANCE LABS 2020. THE BLACK LIST hosted a live reading of SHRIMP at AFI in February 2019. Casting director Ronnie Yeskel, (Pulp Fiction, Resevoir Dogs, The Sessions, Orphan,) has signed on to cast.

The production company Nicole started, IfSo Films is currently in post production on a documentary called CINEMATOGRAPHER about the work of Owen Roizman, (The French Connection, The Exorcist, Network, and many others,) and Don Morgan, (Starman, Christine,) their friendship, and their bond as sober men who help other men achieve sobriety.

While working every department on a film set in order to learn all aspects of filmmaking, Nicole acquired over 25 years of unique film industry experience both in front of, and behind the camera. Having the good fortune to watch several directors up close, like James Cameron, Phillip Noyce, and Robert Zemeckis, made the process of filmmaking seem attainable and inspired her to become one herself. For more info: Go to www.IfSoFilms.com or contact manager Dan Seco at Empirical Evidence for specific inquires: [email protected]

An unappreciated yet incredibly privileged middle-aged woman trapped in domesticity with her self-absorbed family realizes that her isolation began long before Covid-19 and escapes to a wooded musical fantasy in her mind in order to process the daily aggravations as she falls deeper into becoming nothing more than a personified meme. COMPS: PARASITE, JOJO RABBIT, JOKER, DONNIE DARKO, SNOW WHITE / GENRE: Satire, Dark Comedy, Psychological Thriller , Drama, Horror Comedy (For musical references in current draft go to: https://www.ifsofilms.com/karen )

Page Awards Winner & Nicholl Quarterfinalist 2020* Decades after her birth in the depths of The Great Salt Lake to a doomed polygamist girl, an introverted woman with supernatural abilities must decide if she will venture into the world and share her unique powers, after her life partner slowly succumbs to a terminal illness. *Casting Director Ronnie Yeskel, (PULP FICTION, RESEVOIR DOGS, ORPHAN, THE SESSIONS, ) has signed on to cast this award winning script. For online pitch deck and accolades: https://www.IfSoFilms.com/shrimp