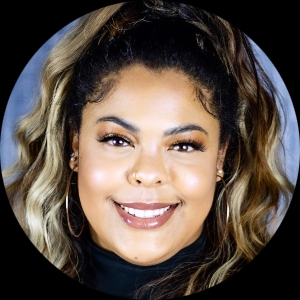 Nina Lee is a zombie movie fanatic who is obsessed with her dogs and creating beautiful films. She is an Atlanta native who attended Spelman College and created the college’s first student film festival, The Five Shorties. In more recent years she’s Created, Written, and Starred in her own projects such as: The Girls Room and Sorry About That (which can be found on YouTube). And her voice can be heard on Adult Swim's mini series Spooky Dreams. Not only does she enjoy writing, directing and acting but she also loves uplifting film and television projects of others. Which led her to work with Netflix's Strong Black Lead, where she was the lead editorial writer for three years. Her latest project is a short film, Artistic — Executive produced by Lena Waithe's Hillman Grad and starring Marshawn Lynch and Taylor Freeman. She is featured on an upcoming HBO show as a director and has directed commercials for SHEETZ, Cholula and more. Her goal is to keep making dope shit for black women, that is loved by everyone as well as having the funding and support to do so.