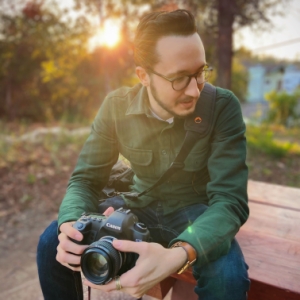 Born and raised in Los Angeles, Niko is a second-generation Cuban-American. His mom left Cuba with her parents when she was eleven years old, and the stories they’ve told him, paired with the stories passed down by generations of writers in his father’s family, have been the most significant influences on Niko’s writing. He grew up learning Spanish from his grandparents, who also instilled in him a deep love of movies and television. Inspired by their experience of living through the Cuban Revolution, Niko wrote CUBA LIBRE, which tells the story of the Revolution through the eyes of a couple (based directly on his grandparents) who become crucial to its success, risking their marriage, their livelihoods, and their lives for a movement that ultimately loses sight of the people in one man's blind pursuit of power. Both CUBA LIBRE and his other pilot, GLENDÁLE – which is set in Glendale, CA and centers around a Cuban woman who marries a Jewish man, based in part on the story of his parents' courtship – illustrate the importance of family in his work. More than anything, Niko wants to write stories that delve deeply into Cuba’s remarkable history and its even more remarkable people, as well as shed light on the many facets of the Latinx experience in the United States.