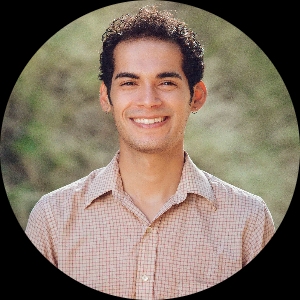 NICOLAS JARA (Nic) is a filmmaker and creative who hails from the Bay Area. Receiving a BA in Cinema and minor in Anthropology from San Francisco State, Nic has since worked as a producer and creative lead in the film, tv, corporate, corporate media, and advertisement industries as a freelancer in production, post-production, and creative development departments. Understanding the importance of character-driven stories that give representation to marginalized peoples, Nic's work often explores under-expressed foundations of knowledge and ways of being through cinematic language as a tool for empathy building.

While in university, Nic directed his undergrad film GUARDIAN, which received a Barbara Hammer Grant, was selected into over a dozen film festivals and garnered awards for Best Direction and Best LGBT FIlm. The short has been viewed over 100,000 times online and was acquired by NCV Media for their Male Gaze short collection. Nic has been a producer on several films that have screened internationally and nationally renowned festivals, including SCAD, Raindance, New Fest, San Francisco Black Film Festival, Oakland International, Outfest, and Outfest Fusion. Nic currently works as a filmmaker and videographer at a global design institute.

A beauty influencer secretly living out of his car in LA is on the path to becoming the next social media superstar, until a predatory manager finds out the truth.