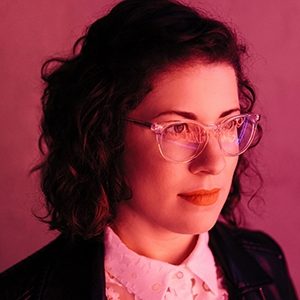 Writer and director living in Los Angeles with a focus on female-driven surreal storytelling.

A graduate of Florida State University’s Film School, one of her most prestigious accomplishments is her feature documentary THE MELTING FAMILY (2015), which she produced, directed, and edited. Working on a bare bones budget with minimal crew, Groton spent over five years compiling archive footage and interviews. The film made its world premiere at DOC NYC. She has written and directed two short narrative films, one of which made its premiere at the LA Femme Film Festival. Most recently, Groton has finished post-production for her narrative feature film debut DARKNESS IN TENEMENT 45, a psychological thriller that she wrote, directed, and produced.

After a series of hurricanes leaves a neighborhood struggling for resources, grungy but wholesome HENNLEY discovers a plant growing in her home that magically provides her with assistance. But as the situation grows dire, her neighbors’ greed threatens to destroy the very thing that could save them.