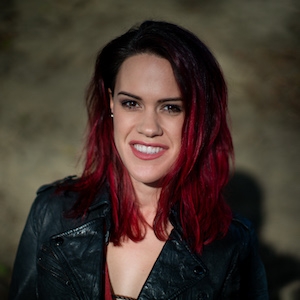 Nicole Conlan is a writer for The Late Show with Stephen Colbert and the creator of the Audible original series, The One On One, currently in development. Nicole is a comic and writer originally from Denver, who has appeared on multiple UCB teams, at standup festivals around the country, and in lots of bar basements in New York and LA. She is one half of the comedy duo Conlan-Williams, along with Rollie Williams. She's particularly interested in television comedies about isolation, nihilism, disillusionment, and characters who are big dumb morons. Nicole holds a Masters degree in Urban Planning from USC.

When a self-involved ski bum gets sued for vandalizing a diesel-spewing truck, an environmental organization makes her the new face of eco-terrorism. But when she learns that activism is more about meetings than cool stunts, she has to decide if she loves the planet enough to devote her life to saving it.