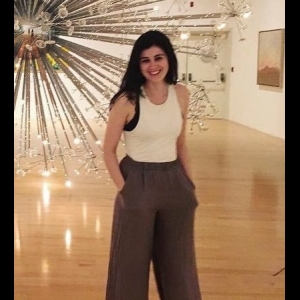 Nicole Clark is a Mexican-American screenwriter who writes dark comedies and dramas that center on characters who are seen as the outliers or outcasts of society. She focuses on bringing diverse, unique stories to light, particularly from those who have been silenced in the past.

She has worked as a Writers’ Production Assistant on Masters of Sex (Showtime), Unbelievable (Netflix) and in a mini-room for a Duplass Bros Project (HBO). Her half-hour, coming-of-age tragicomedy pilot, Philos- made it to the finals for the Film Episodic Independent Lab. Her hourlong drama pilot, Flee Coyote, was a semi-finalist in Final Draft Big Break and a quarter-finalist for Austin Film Festival.