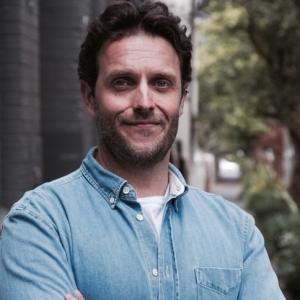 Nick Pollack is an author, screenwriter & award-winning director based in Sydney, Australia.

Nick regular writes for the children's & family market. He is in the process of editing the first two books in a series called ‘The Adventures Of Zodee Ack, My Imaginary Enemy’, which a Chinese production company has shown interest in producing. Previously, he co-wrote an original family / adventure script called ‘AKA Nick Claus’ with screenwriter Diane Drake ('What Women Want', 'Only You'). Nick has several other feature scripts across multiple genres, in various stages of development.

He is currently developing his first feature film 'Any Girl Who Loves The Beatles Is Bound To Break Your Heart' through the assistance of Screen Australia & Screen NSW, and the guidance of Damon Lane, producer at Next Wednesday Films in NYC. In May 2017, he released his first novel, an adaptation of this script, which is available now through Amazon.

He has recently completed the short film ‘And Though The Music Ended, We Danced On Through The Night’, which he wrote, directed and co-produced, and has also won awards for his previous short film 'The Full Gamut' at local film festivals.

And Though The Music Ended We Danced On Through The Night
« »

CRAWL AWAY TO DIE

When two diametric opposites - one a werewolf, the other a vampire - become shackled together for twenty-four hours, they discover their greatest fear may not be the horror that awaits in the outside world, but the realization of just how similar they truly are. A twisted fairytale for the post-COVID era.

When a habitual, self-destructive gambler hits rock bottom, her only hope out of spiraling debt is taking up an offer to engage in a sado-masochistic arrangement of financial domination with an anonymous businessman. However, as his private life falls apart, he pulls her into his business world to help maintain his dark proclivities.

When a gifted yet deranged surgeon kidnaps a group of friends celebrating a buck's party at the mysterious Fur Fur Club, the bride-to-be and best man race against time to piece together the clues of their whereabouts before the Doctor can realize his plan of creating surgically-enhanced deer-men.

When his wife is murdered, Quinn must work with his delinquent brother Sebastien to prove his innocence whilst trying to outwit the loan sharks chasing them to collect Sebastien's gambling debts. A series of dominoes fall as they attempt to solve one problem but end up creating two more in its place.

The untold, REALLY true story of how a notorious cat burglar and petty thief turned his life around and became the much beloved figure Santa Claus.

PACK ONLY WHAT YOU NEED

Being dragged to a rom-com is a form of torture for most guys but when charming rogue Guy crosses paths with sociopathic cinephile Carly on a train in Germany, the torture is very real as she chases him across Europe and drags him through scenes of well known romance films.