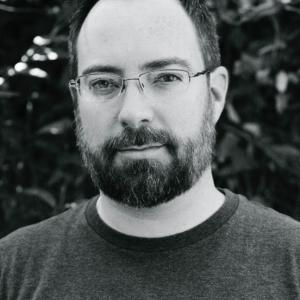 Nick Peterson grew up watching MTV, Sci-Fi films, anime from Blockbuster Video, and playing video games. He graduated from the Experimental Animation program at CALARTS, and after many years producing awesome visual effects he transitioned into full time writing and directing. Nick's films have been screened in festivals such as SUNDANCE, and SXSW. His award winning music videos have garnered tons... like way over a hundred million views. Nick is also the Co-Founder of Joker Greeting Card. He currently lives in Los Angeles, but hopes to live in a castle with a moat someday.

ROMEO AND JULIET meets CHILDREN OF MEN - As oxygen rapidly spews into space, Nitrogen consumes the planet. It is estimated within 10 years the oxygen will be gone.