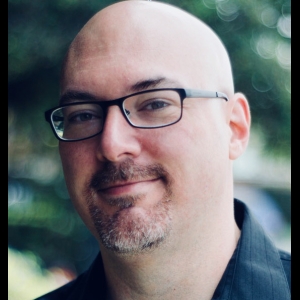 Nick Coviello is a supportive husband and enthusiastic father for a very happy (and half-Canadian) 19-month-old girl. He's known for his pilots "Zero Tolerance,” “Killing Familiar,” "Creekwood Off Vine," and “Copperheads," and his suspenseful paranormal thriller “Blackbird” was a Nicholl Fellowship semifinalist. Recently, as a staff writer for TMI Hollywood (a weekly, live-streamed sketch comedy show staged at the Hudson Theatres and originating from Second City Hollywood), he’s helped write and rewrite over +80 weekly live shows as well as serving as writers' liaison for new talent. Having grown up in New Jersey with an activist streak and graduated from the UNC School of Arts School of Filmmaking, he brings a wide range of East Coast experience to his West Coast living. Influenced by John Carpenter and the Stevens Three (King, Zaillian, Spielberg), he’s passionate about returning to the type of storytelling that inspired him to write in the first place.

After surviving a school shooting, a teacher becomes unhinged and goes to dangerous lengths to force her new hometown into action, setting off a toxic spark that puts the safety of her family, community, and herself at risk.