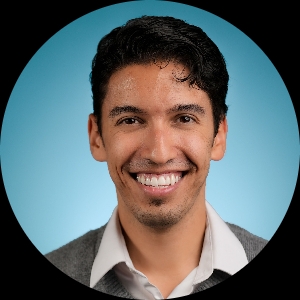 Nerris Nevarez-Nassiri is a 1st generation Indigenous Mexican & MENA writer/director, and proud UCLA Film & TV grad. Having previously worked as Head of Production for the L.A. Mayor’s Office, Nerris became campaign photographer for Kamala Harris in California, and in 2020 was offered a position at the White House, which he turned down to focus on his filmmaking career.

That investment paid dividends when his feature film script MO'ALLEM made the Finals at the Austin Film Festival, as well as at the Stowe Story Labs Diversity Fellowship. Nerris’ commercial directing has seen him work with clients such as Disney Imagineering, Aputure, The Mighty, Hype House, Cirque du Soleil, and others. Overall, his work has received over 500 million views across platforms.

See more of his work at nerrisnassiri.com

NO TE OLVIDES: A NEW MUSICAL

When a timid closeted Chicana takes her rambunctious dying grandmother back to their ancestral Mexican village, they both get more than they bargained for when they each start unusual romances that will reveal long-held secrets.

To escape her impending arranged marriage, a brilliant Muslim teenager assumes a false identity as a teacher to obtain an American visa and escape the morning of her wedding.