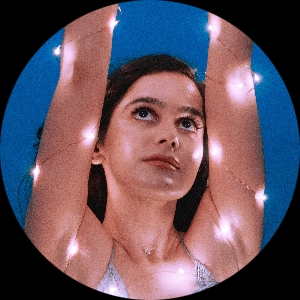 Neda has rebellion in her blood. Raised by a single mother who came of age in Revolutionary Iran, she grew up on Persian epic poems and American television. She holds a degree in Writing for Screen & Television from the USC School of Cinematic Arts, where she founded the first annual Feminist Media Festival and was awarded a screenwriting scholarship by the Bijan Amin Student Support Fund. She has worked in the writers rooms of Netflix, Hulu, The CW, and ABC television series and her writing has been recognized by the Television Academy, the Showtime Tony Cox Episodic Screenplay Competition, WeScreenplay Diverse Voices, and more.

Her first feature film as a writer-producer, Influence, is currently in pre-production. As an actress, Neda stars in the upcoming feature film Bird of Paradise. As an advocate for entertainment industry workers, she has been featured in The Hollywood Reporter, IndieWire, and The Guardian. She also serves as the Director of Publicity + Partnership for the Women of Cinematic Arts, the official alumnae organization of the USC School of Cinematic Arts. Her screenplays span a variety of genres, from family drama and coming-of-age romance to political thriller and supernatural horror. She writes about rebellious women who fight the systems that silence them.