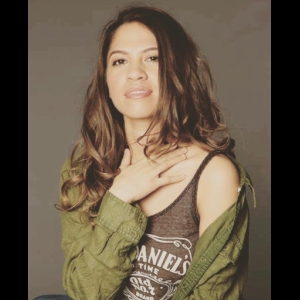 Natasha Waisfeld was chosen as the number one Video Star for Latina Magazine after a worldwide search! She is an avid performer and wrote the one woman show 'LOVE FRANTIC' that appeared in the prestigious United Solo Theater Festival in NYC. She is the co creator of 'Natushka & Elena' a new comedy Youtube series working alongside Awesomeness TV. She has played various roles on comedy sketches for Buzzfeed, Mitu, Pero Like and with well known dating coach Matthew Hussey. She is the Founder and creator of ‘ManifestTaksu’ an online blog which interviews successful creative entrepreneurs and spiritual change makers around the world. Her interview with National Geographic's 'Brain Games' host, Jason Silva was featured on Art Nouveau Magazine.

Recent credits include ‘Tom Clancy Ghost Recon: War Within The Cartel’ featured on Amazon and Twitch with Director Avi Youabian of ‘The Walking Dead’ and producer Robert Orci of Transformers. She was a Host for Buzz60 Latino who’s content appears on Yahoo, Amazon, AOL, and DailyMotion with over 500,000 views per video.

Last year she worked with Endemol Shine North America as well as Wayfarer Entertainment. She is a graduate of New World School of the Arts in Miami, FL receiving a BFA in Theater along with artists like Tarell McCraney (Moonlight) and Alex Lacamore (In the Heights.) Proud Member of SAG AFTRA and ACTORS EQUITY.

When Natalie, an Argentinean Jew realizes that the source of her toxic relationships with men stem from her father, she joins Co-Dependents anonymous and meets a group of charismatic diverse Angelenos in gentrified LA. But things get worse when her father suddenly passes away.