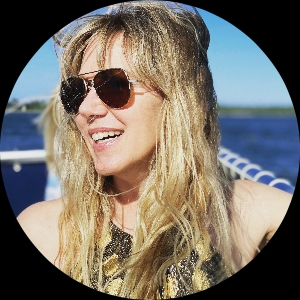 Nancy Bannon, performer/writer/director, has written and directed five short films and screened at various festivals. Recently, she was nominated for a Certain Age grant in honor of Lynn Shelton and selected for New York Stage and Film’s Filmmaker Workshop where she developed a new feature film script. She's currently developing several feature and episodic projects.

As an actor, Nancy was recently seen Off-Broadway in Occupied Territories, a new play which she co-wrote (nominated for five Helen Hayes Awards). Nancy is a former dancer and danced for over a decade with the dance companies of Doug Varone, Tere O'Connor and Lar Lubavitch.

Nancy is the recipient of three Princess Grace Awards, a New York Dance and Performance (Bessie) Award, multiple prizes and scholarships and is a graduate of The Juilliard School. She also spent a year in an MFA in Film program with Christine Vachon from Killer Films.

She is proudly from Youngstown, Ohio.