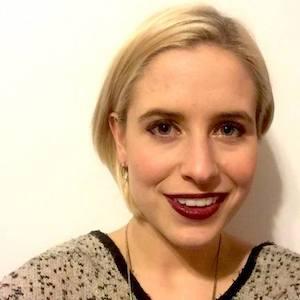 Molly Miller is a queer feminist comedy writer - wearing combat boots is her religion. While attending the University of Chicago for undergrad, Molly fell head-first into the world of comedy: performing improv and sketch at the iO Theatre and the Annoyance and performing in musicals for The Second City. After graduating, Molly continued her career on stage, but also began writing plays, musicals and webseries. Her most acclaimed production was a full-length broadway style musical called Tribulation (NewCity's top 5 Comedies of 2015) which Molly wrote and produced for a six month run at the Mission Theater followed by three festival appearances, including the NY Fringe Festival. In 2017 Molly moved to LA to pursue her dream of writing for film and television and she began her MFA in Screenwriting at USC. Now Molly is going into her final year of grad school and she has been given the Annenberg Fellowship by her department for her "high potential for contribution to the field of cinematic arts." Molly is spending her summer interning for and observing the Shameless writers room as they develop the show's 9th season.

After 30-year-old Lacy proposes to her girlfriend, she returns home for Thanksgiving determined to finally come out to her conservative family and come clean about her fictional boyfriend. But, surprise! It turns out her whole family wants to come out too. Her adopted brother has decided to “be French”, her mother thinks her father is involved in a BDSM-fueled affair, and her grandmother won’t stop yelling about a vision that she will die on Thanksgiving. Pass the moonshine. Have a cigarette. It’s time for some quality family time.