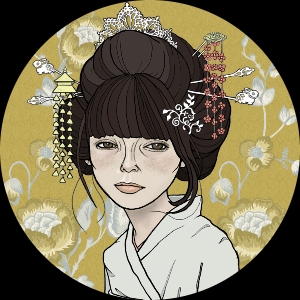 Mitzi Akaha is a bilingual (English and Japanese) writer and actor who started her career in Tokyo, acting in commercials alongside Pharrell Williams, Kei Nishikori and Barbara Palvin, and on television with comedians Koyabu Kazutoyo and Maeda Maeda for NHK's Terebi de Kiso Eigo. She has since moved to New York and acted in a wide range of commercials and films in Asia and North America. Akaha is also a published writer, illustrator, animator and gymnast.

An over-evolved couple in the near-distant future are threatened with their lives when they are visited by a corporate Android on their fifth anniversary who orders them to help repopulate the earth.