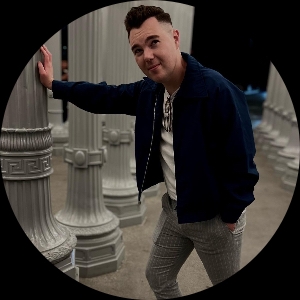 Mitchell Zane Wajda is a Los Angeles-based screenwriter born and raised in Charles Town, West Virginia. While studying film at Ithaca College, he served as a crime reporter for the Ithaca Voice. After graduating in 2019, Wajda moved to Los Angeles where he interned for James Wan before developing the television adaptation of THE AMITYVILLE HORROR with co-creator Paul Harris Boardman (THE EXORCISM OF EMILY ROSE, ARCHIVE 81). Currently, Wajda is pitching an original horror musical series and penning a coming of age neo-noir thriller film set in his hometown. He is repped by Daniel Leap at APA, Zack Zucker of Bellevue Productions, and Jared Bloch and Star Tyner at Felker Toczek Suddleson Abramson McGinnis Ryan.

An aspiring Broadway star returns to his West Virginia hometown to investigate the suicide of his high school drama teacher — traveling through time to piece together what starts to feel like a conspiracy murder rooted in a town where monsters aren’t lurking in closets but in the hearts of people.