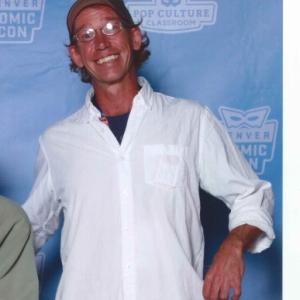 Michael William Lally Rogers was born in Alexandria, Virginia and raised in Newport, Rhode Island. The younger brother of a Navy S.E.A.L. and the son of a Dr. of Statistics from Stanford University, Mike stopped trying at an early age. Like most who have given up all hope of eclipsing their father's or even older brother's accomplishments, Mike turned to writing, more as a defense mechanism than some grandiose call to the written word. Born with Dyslexia, the written word his nemesis, Mike's compass points Nord away from literature, "the unintelligible art". But like a drunkard who can't remember the previous evening's embarrassment, returns to his vixenous muse for assistance in expressing his inadequacies.

" I was an Archeology Major, Anthropology Minor at the University of New Mexico and have always been fascinated by ancient cultures. While in Prep school, I spent several months living in Mexico City where I visited the National Museum and the Mesoamerican pyramids at Teotihuacan. This is where my imagination was truly sparked. I have always wanted to blend myth and reality into a modern Sci-Fi, Adventure story."

When a female Detective struggling with the deamons of her past, saves a young girl from a serial Kidnapper, her youngest sister disappears and she must confront her estranged family, who have ties to the occult, to stop the kidnapper and save her sister.