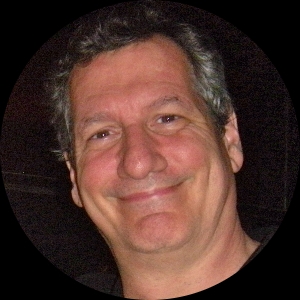 Mike Bencivenga is an award winning writer/director/producer in theater, film and TV. His play, BILLY & RAY, was produced in LA and NYC, both directed by the late, great Garry Marshall and the screenplay adaptation has been optioned by Academy Award winner Robert Greenhut. Mike wrote and directed two feature films, LOSERS IN LOVE and HAPPY HOUR, both of which had theatrical releases. He has also done work for hire for producers in LA and NYC. His play, COMPROMISED, was named best play of 2020 by Playwrights-First and, recently, TALK OF THE TOWN won the 'Audience Favorite' prize at the 2021 Dayton FutureFest of new plays. Mike's hour-long TV pilot, CHASING THE DARK, has won over a dozen awards in the past year and his two 1/2 hour comedy pilots, POKER FACE and ENCINO - SCI, have also received honors. In addition to this Mike has performed improv comedy from Boston to Austin and his work as an editor and producer at ABC News in New York has earned him three Emmy Awards and The Edward R. Murrow prize for excellence.

In a run down section of South Pasadena, tragic events involving a young drifter, a homeless girl and a sadistic cop are explored through each character’s perspective to reveal the hidden truth of what happened and why.