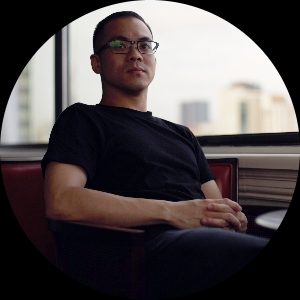 While living in Beijing, he produced Project Gulou (2011), a short documentary about the planned gentrification of Beijing's historic Gulou (Drum Tower) neighborhood and relocation of its inhabitants. He also directed One Night Stand (2012), a short about a man's encounter with a Chinese fox spirit. The film premiered at Palm Springs ShortFest and was licensed for streaming on IndieFlix and Viddsee following its successful festival run.

After Beijing, Michael worked in Vietnam, developing and writing projects for directors Ken Ochiai and Charlie Nguyen. His first feature film, Saigon Bodyguards (2016), was nominated for a Golden Kite Award and topped the holiday box office, beating out Rogue One and Moana. It is being remade by the Russo brothers and Universal with Chris Pratt and Wu Jing set to star. He will join the project as executive producer. His second feature, the body-swap dramedy Daddy Issues (2018), won the Cinequest Audience Award and also topped the local box office.

Michael is the executive producer of What We Forgot To Remember (2020), a detective comedy for the Vietnamese market developed with Lotte Entertainment and filmmaker Charlie Nguyen. Peking Dunk, a sports comedy he co-wrote, is currently setup with Dark Castle Entertainment.

A graduate of USC's School of Cinematic Arts, Michael's scripts Drama Academy and 10G have been recognized by the Academy Nicholl Fellowship, Austin Film Festival, CineStory Foundation, Black List website, TrackingB and ScreenCraft. He's made TrackingBoard's Young & Hungry List and is a ScreenCraft Orb China-Hollywood Fellow. As an immigrant storyteller, he seeks to amplify Asian representation across genres.