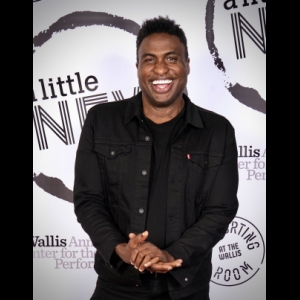 Writer and Broadway, TV and Film actor. Most known for his breakout role on Netflix's AJ AND THE QUEEN starring opposite Rupaul as Louis, everyone's favorite blind diabetic drag queen. On Broadway as the voice of the man-eating plant in LITTLE SHOP OF HORRORS. And the voice of Louis the alligator in Disney's THE PRINCESS AND THE FROG. Aside from Writing you can hear his voice on numerous cartoons and commercials. Even perhaps in a movie theatre when he says "Welcome to AMC", "Don't Talk, Don't Text and Don't ruin the Movie" and "And now. Enjoy the show!"