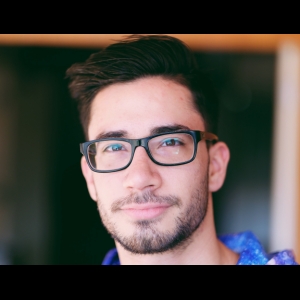 Michael is a Mexi-Rican writer from Detroit’s predominantly-Latino Southwest side. He grew up on the same block as all of his Puerto Rican cousins and worked alongside Mexican immigrants in his family’s bustling mom-and-pop tortilla shop (where child labor laws didn’t apply to him). His teen years were spent running track in the shadow of his big brother, head-banging at Vans Warped Tour, and volunteering as the go-to chambelan (escort of honor) for the few Latina teens in his predominantly White, private Catholic high school. Under threat of working for his family for the rest of his life, Michael fled to Orange County to study directing at Chapman University. Upon graduating, he did a stint at Verve in their TV department and then worked as the Writers' PA for Season 2 of Fox's LETHAL WEAPON. He currently assists TV Showrunner and Creator David Hemingson ("WHISKEY CAVALIER," "KITCHEN CONFIDENTIAL”). Michael writes grounded character-driven drama with a narrative twist, centering around dysfunctional families living the American Latinx experience.