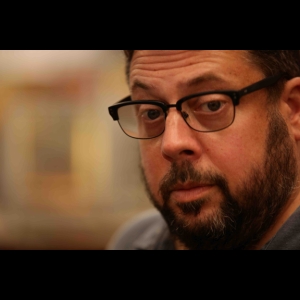 Named one of the "Top 25 Screenwriters To Watch In 2021" by the International Screenwriters Association, Emmy Award winning commercial director, turned screenwriter, Michael Graf, was known in Advertising for his “actor first, artful storytelling” style of directing. Likewise, his character-centric, story-driven style of writing has been making waves around the world with recent screenplays, THE LAST INDIAN WAR and THROWING HAMMERS, winning awards and top honors at festivals in Paris, Park City, Los Angeles, New York, Nassau and Toronto. His first screenplay, WINTER OF FROZEN DREAMS, was produced for Lifetime network and stars Thora Birch and Dean Winters.

Michael’s also a working member of the DGA, is the inaugural Writer In Residence at the University of Wisconsin's Institute For Discovery as part of their Science To Script program and lives on a small Wisconsin farm with his artist wife, Linda Massey, a miniature horse and three rambunctious Jack Russell terriers.

When a disgraced Olympics bound curler returns to his small hometown to rebuild his life he is drawn back into his love of the sport by his best friends and the girl of his dreams.

When the most famous voice in radio is found dead in the posh seaside resort of Venice Of America, a private detective’s world is turned upside down when the victim shows up alive and he must confront his childhood heroes and demons.

THE LAST INDIAN WAR is the incredible true-life story about a group of Native American children kidnapped by the US Army and how they overcome racism and adversity, invent the modern game of football, and play one of the greatest football games ever played - against the very group responsible for their kidnapping.

LEPER KHAN is an action/fantasy feature re-imagining Irish mythology about a Celtic prince banished to our modern world who must choose between the woman he loves in our world and saving the medieval clan of his world from his treacherous brother and an evil Celtic king.

PICKET CHARLIE is an eco-thriller about a US Forestry Special Ops Ranger who must defend her island of trees from brutal timber pirates in a world ravaged by climate change.