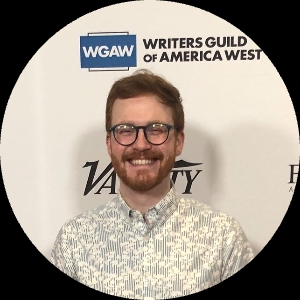 As a gay kid from Philly with an "invisible" chronic disability, Emmy® Winner (Best U.S. College Series) Michael Busza grew up having to explain the unseeable. Now, as a comedy writer in LA, he writes "invisible" characters in ways that reclaim their dignity through humor. In his life, Michael has appeared in medical journals (like a celebrity) & injected 200,000+ needles (like a pincushion). In college, he was also nominated for the Oxford University Rhodes Scholarship.

A gay couple and a lesbian couple with differing backgrounds co-parent their four children from neighboring houses.