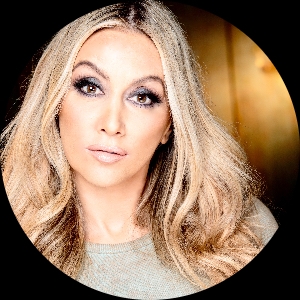 Melina Chiaverini is an Australian-born, Greek-Italian award-winning actress and writer living in Beverly Hills, California. The youngest of 4 children, Melina is the only child not named after a grandparent. Instead, she was christened after Greek icon (actress and politician), Melina Mercouri, and confesses "I've been chasing my name ever since."

Awarded the "T.V. Week" Acting Scholarship, Melina studied drama at The Australian Film & Television Academy, and later at the National Institute of Dramatic Art (Sydney), appearing in film and television roles, and on the Sydney stage with great success as Desdemona in "Othello" (CUT Theatre); Célimène in "The Misanthrope" (Hair of the Dog); Antigone in "Antigone" (CUT Theatre); Linda Rotunda in "Savage in Limbo" (Hair of the Dog); Kitty Hawkins in "The Bold & The Reckless" (Sydney Fringe Festival - Winner, Best Actress); and the Nurse in "I've Had My Life" (Short 'n Sweet Festival), where Melina also made her directorial debut, and began writing for film.

After winning a U.S. Green Card and moving to America, Melina continued screenwriting through the UCLA Extension Writers' Program, whilst studying acting at The Beverly Hills Playhouse. She appeared as Marilyn Monroe in Justin Lin's "Finishing the Game: The Search for a New Bruce Lee", and was seen on the television series "Las Vegas."

Upon receiving the Women in Film Acting Mentorship, Melina wrote the short screenplay "Ingénue d'Or" which placed in the Shore Scripts Screenplay Competition, and was soon after produced (directed by, and starring Melina), winning the top prize "Best International Short Film" at the Berlin Shorts Film Festival (2021), and "Honorable Mention" at the Tokyo International Short Film Festival (2021), plus Melina won "Best Actress in a Drama" at the Best Actor and Director Awards, New York (2021.)

In 2018 Melina began the landmark collaboration with Mr. Spyros Mercouris to write the feature film biopic screenplay of his famous sister, Melina Mercouri. Mr. Mercouris called Melina Chiaverini "the chosen one", as he selectively passed the torch to her to tell his beloved sister's story. He felt Melina embodied his sister's spirit, and affectionately gave her the moniker "Melina B." Before his sad passing in 2018 (RIP), it was one Mr. Mercouris' last wishes that this film be made for his sister, believing she (and husband/director, Jules Dassin) would have wanted it. Indeed, Melina Mercouri herself once said her greatest fear was not to be remembered. As such, today, Melina, who owns the rights to this story, has the ongoing endorsement and exclusive support of the Mercouris family.

Melina Chiaverini sits as a Member on the SAG/AFTRA Honors and Tributes (HATS) Committee, Los Angeles, and is an ongoing Sponsor of the Los Angeles Greek Film Festival (recently authoring the Melina Mercouri 100 Years Tribute piece, and sponsoring the LAGFF Special "Stella" Screening in collaboration with the Michael Cacoyannis Foundation.)

Trivia: Melina speaks 3 languages (English, Greek & Italian.) She placed 1st in Australia (English/Poetry & Social Studies) in her school finals. The 1st monologue she ever delivered on stage was the "Our Father" (The Lord's Prayer, recited in Greek, age 7); the most recent was her father's eulogy. Melina enjoys traveling and photography, excels at logic games, writes poetry; and loves singing/dance and karate. She became a vegan in 2017, is an avid animal rights activist, and boasts she makes the best vegan moussaka this side of Athens, Greece.

Quotes about Melina: Pulitzer Prize and Academy Award winning writer, John Patrick Shanley described Melina as "Sex in Technicolor" who writes "like a poet by some Summer sea."

3 things you wouldn't tell by looking at Melina's headshot: (i) She holds 3 degrees, including a law degree from The University of Sydney Law School (Honors/Valedictorian), and was sworn in as an attorney of the Supreme Court of New South Wales (Australia); (ii) She knows no subtlety; (iii) The rest is a disguise.