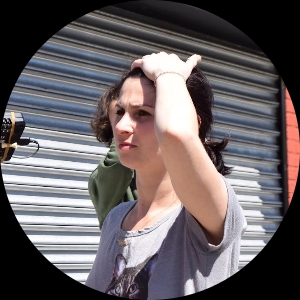 Zoë Morgan Chiswick is a Writer / Director living in London.

Zoe has written for film and stage for the last seven years. She started out writing short films, many of which have been accepted into established film festivals. Her film 'Chicken' screened at Palm Springs Short Film Festival, 'Mine' premiered at Edinburgh Independent Film Festival, and 'The Button Maker' starring Bill Nighy received a best film nomination and Official Selection at London Lift-Off Online.

For stage, Zoe has written five plays, three of which have been performed. at The Pleasance Theatre. Her debut play 'My Girl' was part of Vault Festival 2018, exploring themes of gender equality. One year later, the play was adapted into a short film called 'Mine,' which she also directed.

Two of Zoe’s plays performed at the Pleasance Theatre in the '50/50' gender equality focussed theatre festival, produced by Anonymous is a Woman Theatre Company. Most recently, her play about climate change 'The Lake,' got to the second round of Papatango 2021.