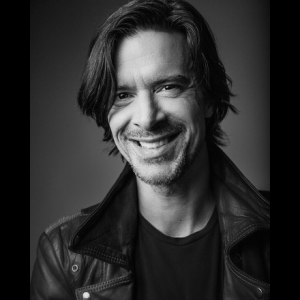 Originally from New York City, Matthew Puckett is an award-winning songwriter and composer based in Los Angeles. Matthew has worked with bands and artists such as: Rogue Wave, The Mowgli's, Jillea, Marsha Ambrosius, Jeremy Jordan, Shawn Hook, Kris Allen, The 3AM, Clementine and The Galaxy, Royal Tongues, Glenn Phillips, Beginners, Valen and Garrison Starr.

Matthew won a Peabody Award for his songs and score for the seven-part documentary ABC Series Hopkins and was the recipient of an ASCAP Film/TV Award for his song ʻSkylineʻ, the theme to the critically acclaimed ABC series NY Med. His new musical REBEL GENIUS was a finalist for the Jonathan Larson Grant presented by The American Theater Wing.

Matthew is the recipient of the 2019-2020 New Works commission from IAMA Theater Company in Los Angeles. He ​is a member of the Dramatist’s Guild and is published by Kobalt Music.

Topliner tells the story of T, an ambitious songwriter with crippling stage fright who, with the help of her best friends/music producers Sam and Ella and her socially awkward manager, Warren, struggles to realize her dream of becoming a working songwriter. But, after the death of her father, T is self-medicating the panic attacks that threaten her ability to write songs when the pressure is on. And the pressure is always on. We will watch, over the seasons, as T goes from a broke UBER-driver to becoming something she never dreamed she could be: a star.

ART The Movie Musical tells the true story of Elaine de Kooning and her journey to become a brilliant Abstract Expressionist painter in the legendary New York School of the 1950’s.