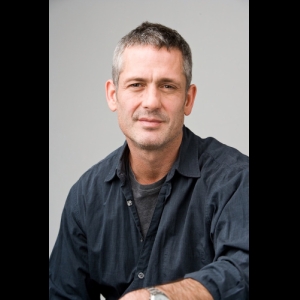 Matthew Dixon’s first screenplay, Starry Night, was selected for the Sundance Institute’s Writers Lab. It was one of only two scripts sponsored by Sundance that year for the Independent Film Project’s “No Borders” conference. The following year, he was chosen for the Sundance Filmmakers Lab. His award winning one-hour television pilot script, The Glass Hotel, had been previously optioned by HBO for Mike Myers; Dixon was also a co-producer on the project. His screenplay, Fish Story, is a 2020 Top-Ten Finalist for the Mammoth Lake Film Festival competition and was a Quarter-Finalist for Los Angeles Int. Screenplay Award. His screenplay, Perfect Memory, is being co-produced by Darren Aronofsky’s Chromista Films and the French company, SeBe Films. He wrote and directed the short film, Modern Houses, starring Lili Taylor, which has played at over 30 festivals around the world, receiving nominations and awards, and for which he has just finished writing the feature script. He directed the documentary One Man Under God, about Michael Newdow, who represented himself before the Supreme Court to have the words “under God” removed from the Pledge of Allegiance. A lifetime member of the Actors Studio, he has acted extensively in theater, film and television.

In a remote island off the coast of Mississippi everyone’s desperate for something. Alma loved to laugh, dance and live it up. And then she lost a leg. With a gift for taxidermy, no one puts the life back in the dead like her. That is until her father pulls a boy out of the sea who really knows how to “liven” things up.

His life in chaos, Dr. Harry Greene is on 24 hour call for the hippest Soho hotels, where he's always paid in cash. With the cool of a battle field medic and the discreation of a priest, the only person he can't cure is himself.