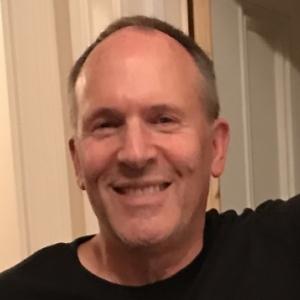 Matthew Chapman is a journalist, screenwriter, author, and director. He has been involved in the making of almost 20 films as a writer, writer/director, or executive producer.

Currently trying to set up "Please Listen Carefully Because Your Options Have Changed", a thriller/drama he wants to direct at the end of 2019, start of 2020. Script on Black List.

The last film he wrote and directed was “The Ledge,” selected for Sundance in competition starring Charlie Hunnam, Liv Tyler, Terence Howard, and Patrick Wilson.

Other films he has been involved in as either co-writer, writer, writer/director, or producer: “Hussy,” “Strangers Kiss,” “Heart of Midnight,” “The Knife,” “Consenting Adults,” “Color of Night,” “What’s the Worst That Could Happen,” “Runaway Jury,” “Blackwater Transit,” HBO film “Citizen X,” and the documentary, “The Man Who Bottled Clouds.” He co-wrote “Reaching For The Moon,” about poet Elizabeth Bishop in 2013. In 2017, he rewrote "Untitled Paul Watson Bio Pic" (original script John Collie), the story of Paul Watson, early Greenpeace founder and aggressive conservationist. In 2018, he wrote “The American Guest”, a 4-hour limited series for HBO Latin America, shot and due for release 2019/20 in the US.

This year, rewrote "The Bull" to be directed by cinematographer, John de Boorman, and is developing (as co-creator, executive producer and writer) "Eco Warriors", a TV series set in the Middle East. Co-creator and director is Lebanese director, Lara Saba.

SOME OTHER AVAILABLE SCRIPTS

"ROCK BOTTOM" is a half-hour comedy set in London about a dissolute New York based Brit rock star (60) who is accidentally bankrupted by his US daughter (25), a perky but inept Evangelical Christian book keeper. Chased by creditors, they must run his last asset, a UK pub. Divided by temperamental, philosophical, social, and religious differences, they fight about everything. Elements of "Shameless", "Fawlty Towers", and "Still Crazy". Pilot and Bible available. Looking for UK/US producer.

"SCAM" is a low budget movie set in the midwest about a pair of young deadbeats who fall into a scam that he (the man) knows is a scam, but which the young woman comes to believe is real. Her acquisition of alleged powers leads to wealth and disaster and provokes other forces of unreason in the small town and then across the nation.

"CRIME AND PUNISHMENT", a modern reimagining of the Dostoyevsky book.

"ACID TEST" spans the decade from 1950 to 1960 and tells the story of the CIA's obsession with mind control and LSD. In 1952, the CIA purchased all the available LSD in the world. They eventually experimented with it in three jails, a mental hospital in Canada, and at somewhere between 30 and 40 universities. Their attempt to achieve mind control in the fifties actually brought on the freedom and anarchy of the sixties. Based on extensive original research and the book "Search for the Manchurian Candidate it is owned by MGM. There is a movie and a limited series.

As a journalist, Matthew Chapman has written for Harpers Magazine, Huffington Post, Time Out, National Geographic, and more.

He is the author of two well-reviewed non-fiction books, “Trials Of The Monkey – An Accidental Memoir,” (Picador/St.Martins) and “40 Days and 40 Nights – Darwin, Intelligent Design, God, OxyContin, and Other Oddities On Trial in Pennsylvania.” (Harper/Collins)

Chapman has won several journalism awards, been nominated for an Emmy, and was given the top writing award by the Brazilian Academy of Letters, the South American equivalent of The Academie Francaise.

He lives in New York.