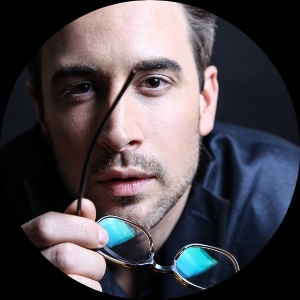 Originally from the small town of Franklin, Pennsylvania, Matt Williams grew up writing and telling stories, and being very comfortable living in his own imagination. That is no less true today. After moving to Nashville, TN for a Masters degree in Entertainment Industry Studies, Matt began acting and writing screenplays — passions he always had, and always intended to pursue.

Influences and mentors came quickly as Matt was cast to star in award-winning short films, independent movies, and web series. His first screenplays were projects he intended to develop to star in. These few years were what he considers to be his "writing education.” It was through this time that writing took precedence over other artistic endeavors.

One such writing project, "Gateway," continued to evolve, and in 2021 Matt brought it to life. The film was completed in March 2022, with Matt at the helm, directing, producing, and starring in a supporting role.

Matt’s writing runs the gamut of genre — from comedy and romance to thriller and historical non-fiction — and yet his unique voice and perspective shines through on each project, whether it is his coming-of-age hometown comedy, "Small Town Seniors” (the movie he says he “needed to write”) to his current project about the early days of rock climbing in Yosemite (the movie he’s “ecstatic to write”).

In 2022 Matt moved to Los Angeles to pursue writing at the highest level. He has completed multiple short films, pilot scripts, and features, and continues to be prolific living in his imagination.