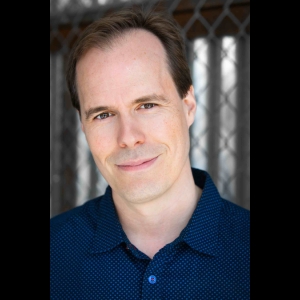 An award-winning director, writer and producer, Matt Toronto’s coming-of-age feature Face 2 Face was recently released on Netflix and won the Jury Award for Innovation at the Edmonton International Film Festival (www.seeface2face.com). His first feature, The Pact, won top awards and official selection in 22 film festivals around the world (www.watchthepact.com) . Together with his wife, he wrote the half-hour comedy, Move On, a top finisher in multiple high-profile screenwriting competitions. He began his career directing and starring in a long list of plays and musicals at theatres and Universities in New York City and across the country. This includes five season in the Radio City Christmas Spectacular dancing alongside the Rockettes! He also spent eight years on faculty at Penn State where he taught directing, acting and musical theatre in their prestigious School of Theatre. He taught acting, screenwriting and producing at New York Film Academy for four years and recently opened his own acting studio.

AN AMBITIOUS, YOUNG MEMBER OF THE NAZI ELITE JOINS THE ACTING COMPANY AT A PROVINCIAL GERMAN THEATRE AS THEY REHEARSE A PROPAGANDA PLAY IN THE EARLY DAYS OF HITLER’S RISE TO POWER. AS HE UNEXPECTEDLY FALLS IN LOVE WITH THE THEATRE AND HIS TROUBLED COSTAR HE MUST DECIDE WHETHER TO STAY LOYAL TO THE REICH OR RISK HIS LIFE IN DEFIANCE OF THE RUTHLESS POLITICAL MACHINE.