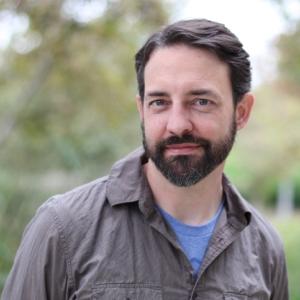 Matt Harry received an MFA in Film Production from USC’s School of Cinematic Arts, and has worked for 15 years in the film and TV business as a filmmaker, editor, screenwriter, and story consultant. He has produced content for HGTV, Lifetime, Flynn Picture Co., Primary Wave, and ABC. Recently, he wrote and co-directed the short film Super Kids, which was acquired by Temple Hill and currently has over 3.2 M views on YouTube. His script for Monster Cops won the Grand Prize at the Second City Sitcom Contest, and his work has received accolades from the FOX Comedy Script Contest, the Austin Film Festival, the Launchpad Manuscript Competition, and the Nicholl Fellowships. His debut novel Sorcery for Beginners is currently in development for TV.

A five year-old narrates the story of a cool, fun-loving couple who accidentally gets pregnant, but vows having a baby won’t change their party lifestyle.

In the summer of 1963, 16 year-old aspiring filmmaker STEVEN SPIELBERG goes on a week-long road trip to find his missing father, and ends up encountering characters and situations that will inspire his later work, particularly his first feature FIRELIGHT. Based on a true story.