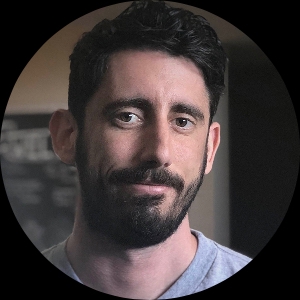 Matt Gossen studied filmmaking and writing at Columbia College Chicago. Since then, he’s been living and working in Los Angeles as a writer. He has written twenty episodes and has contributed to over 100 more as a staff writer on the hit animated series Talking Tom and Friends. He also received a Webby for his writing on the web series, Clash-a-rama! where he served as story editor as well. Recently, he’s turned his focus more toward features having been hired to rewrite a studio animated feature, and write and develop two additional animated features in 2019. He continues to write film and television work of his own that focuses on high concept adventures told through a grounded lens both in the live action and animated spaces.