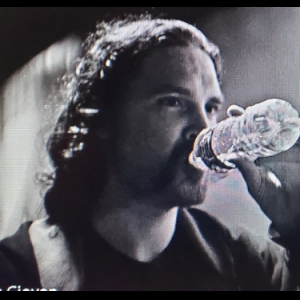 Matt was born and raised in Hartford, CT. At an early age, he was cursed with the gift of his father’s old video camera. The story went as it so often does; and after several fires, accidents, and visits from the local authorities, it was determined that he was irrevocably and hopelessly destined to be a filmmaker. He studied film at University of Hartford and has made a handful of short films. OPEN FIELDS was an Official Finalist selection at the 2011 Las Vegas Film Festival. He has recently completed the S16mm short ERIC’S DATE and the experimental TREE.

His latest short, THE LONG WAY has played at festivals such as the NEW YORK INDEPENDENT FILM FESTIVAL, THE CAPE COD INTERNATIONAL FILM FESTIVAL.

As a writer, he has had fiction published in THE SEA LETTER as well as NON-BINARY REVIEW and he reguarly writes film criticism for MUBI NOTEBOOK. He has also been featured in SENSES OF CINEMA.

He is currently in development on his first feature, HOME, which has earned sponsorship from MOVIEMAKER MAGAZINE as well as being a qualifier at CINEMART and a selected script at the OAXACA FILM FESTIVAL.

A young man visits the West Coast, discovering a friend there has died under mysterious circumstances. Vowing to solve the mystery of his friend's death, he sets off on a picaresque quest involving churches, rehab, bars, private eyes, and perhaps even terrorism...perhaps.

An immigrant single mother escapes a past of conflict and revolution only to discover oppression hasbecome big business in Corporate America. When an acquaintance from her past emerges with plans for a heist on such institutions, she is forced to choose between the comforts of her new life and the revolutionary ways of her past.