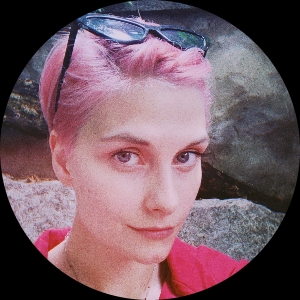 Born as a refugee and raised in post-war Croatia, MATEJA uses the experiences from her youth as a source of strength in her writing. Growing up bisexual in a conservative, post-communist country, MATEJA sought escape through immersion in theatre, performing at the local Croatian stages from a young age. MATEJA immigrated to the US alone at the age of 18, to study Film & TV Writing at Emerson College. She has since worked for ICM Partners and Marvel TV, most notably on Marvel’s DAREDEVIL. As an immigrant and anthropology buff, MATEJA thrills in tackling social issues and globally diverse characters, then coating them in an addictive layer of fantasy, horror or adventure. She speaks 4 languages (Croatian, English, Spanish, French) and is currently learning Chinese Mandarin. MATEJA was staffed on CARNIVAL ROW Season 2 and most recently worked on SNOWPIERCER Season 4. MATEJA is repped by Julie Bloom at Art/Work.