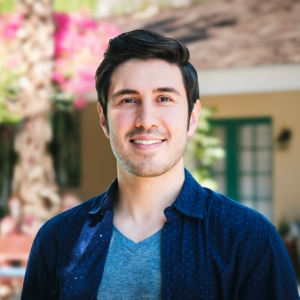 Mark directed his first movie at the tender age of four–in his backyard in Piermont, NY–wearing a hand-sewn Superman costume. His father John served as cinematographer, using a beat up VHS camcorder, and his mother Loretta was his trusty costume designer. It would be twenty-nine years until he picked up the camera again to make his latest film, an award-winning thriller called “I’ve Been Compromised,” which is currently enjoying a successful festival run. He co-wrote and co-directed with his wife Courtney, an editor and filmmaker. Her passion helped re-ignite Mark’s desire to make films.

During Mark’s hiatus from filmmaking, he followed in his parents footsteps, and became an award-winning graphic designer and creative director. Story is always at the heart of everything Mark does, whether he’s designing a conceptual logo, making a poster for the latest indie film or music project, teaching his design class at School of Visual Arts, or writing a feature screenplay. His goal is always the same: to tell meaningful stories to anyone who will listen.