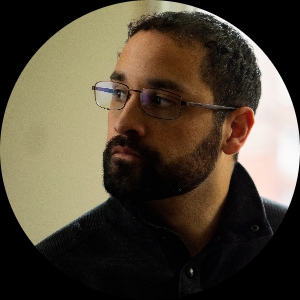 Mark Solomon is a Los Angeles based filmmaker and alumni of New York University’s Tisch School of the Arts. Currently he works as a coordinator at Crown Media networks, serving as a second executive on the Holiday team for Hallmark Channel original movies.

In 2021, Mark was selected to the inaugural cohort for Diverse Representation’s Black Entertainment Executive Pipeline Program, sponsored by Color of Change. The goal of the program is to increase the number of Black executives in the television and film industries and to close the racial gap at the C-suite level in Hollywood.

Mark’s scripts “Deliver” and “Praise” were both semifinalists for the 2018 ScreenCraft Film Fund. “Praise” was also selected by Scriptd for a live reading in Los Angeles in 2019. Also in 2019, Mark’s script “Happily Deader After” was selected as a semifinalist in the Script Lab screenplay contest. In 2020 Mark was a member of NYU’s Feature Screenplay Development Lab. In that lab, he wrote, “Confederate Ghoul” a new screenplay that is currently a semifinalist for We Screenplay’s feature film contest and the Table Read my Screenplay Contest.